“The Bigheart Times won 1st place in layout and design for our weight class, which is getting fatter by the week,  in 2009 from the Oklahoma Press Association. award to be made in Feb. we did win it before, in 2007, but this year we were going against some relative big boys since our circulation has tripled and the OPA reconfigured the circulation categories (we were at the small end of the middleweights). Just thought you’d wanna know!

Of course I’d wanna know, and I’m delighted for Louise. The Bigheart Times was one of the papers I helped to redesign in 2009 under the Francis A. Henninger Grant Program (see my web site) and I’m deeee-lighted that Louise did so well in the Oklahoma Press Assn. awards.

I asked Louise to send me the winning pages. The last of these preceded the redesign. As you can see for yourself, the differences are somewhat subtle…but significantly better. 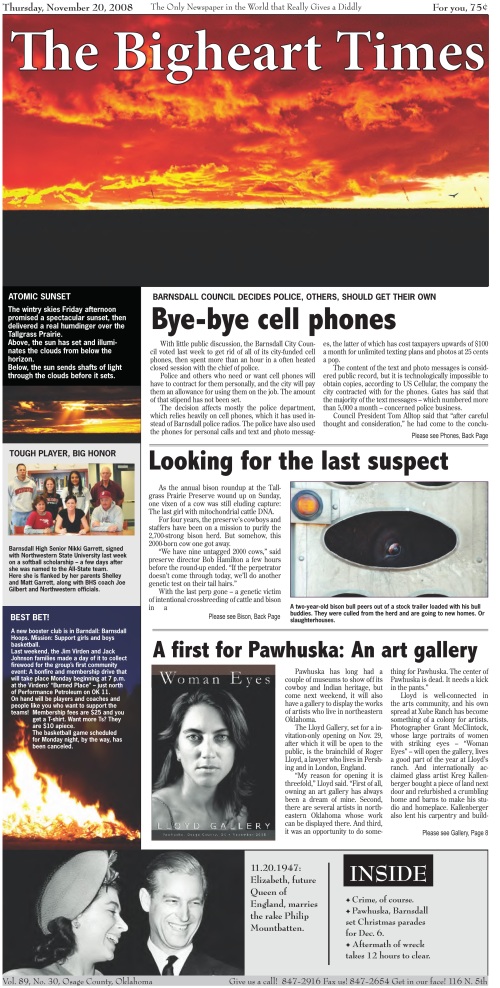 One response to “We have…a winner!”